Live an experience in VR in a dystopian universe where you will learn more about yourself!

Surpass your capacities through tests to find the place which corresponds to you within the society. The EGO CORP. institute will accompany you step by step in the discovery of your identity.

The game is a narrative experience with puzzles and multiple endings in VR.

This game was made in 3 Months with Unity and the SteamVR SDK. On this project I was the only one programmer.

– Participation in game conceptualization
– Gameplay programming: make the VR works, creation of the interaction in VR between player and environment (the player holds objects and can throw them, there are events to trigger, etc.) and integration of the levels.
– Sound integration: integrate the work of our sound designer (WWise)

Here is the trailer : 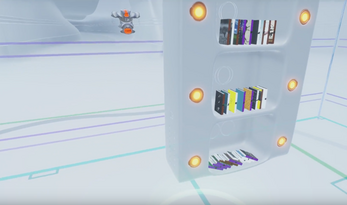 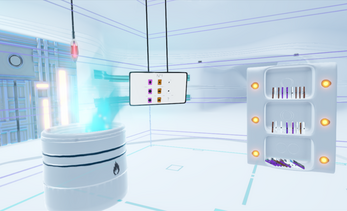 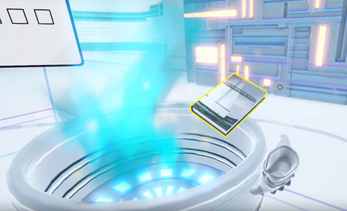 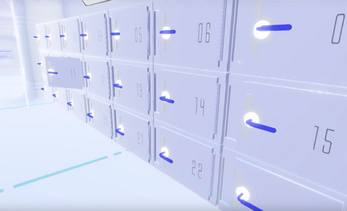 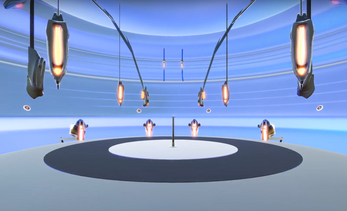 Here is a walkthrough of the game :

Abyssum is a 2D horizontal shoot them up, playable locally by 4 players.
Players can earn points by either hitting or killing enemies, but lose some if they die.
Pickups spread throughout the level can be used to push other players into projectiles and enemies.
The goal of the game is to get the highest score possible by the end of the level.

This game was made in 1.5 Months and with Unity.

My tasks were :
– Participation in game conceptualization
– Gameplay programming: creation of the items, creation of the enemies and their AI, victory conditions and animations, UI
– Sound integration: integrate the work of our sound designer (WWise)
– Spritesheets integration